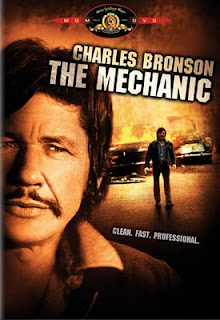 This remake of the classic version from 1972 with Charles Bronson had some things right, but overall it really falls short of even competing with the original, let alone besting it.

The 1982 film had a sort of detached coolness and a more visceral grittiness. These were professionals who did not get emotionally involved with the assignment. Jan-Michael Vincent's Steve wanted to prove he had what it took to be at, what he perceived, an elite level. Also there was a late 60s, early 70s counter-culture subtext to his motivation. And that was really interesting. Whereas the analog in this remake comes off more as a listless wanderer who has no clear idea what he wants to do, but he thinks it would be cool to kill people and he is emotionally overcome by the revenge aspect.

Another fault I found was in the actual killings themselves. There was no detachment and precision. It was just raw death by torture in many cases. Sloppily fighting with the target, or shooting your way out of after a botched hit. Too much of the tired, formulaic "Hollywood modern action" was written and you lose all the nuance, the art of the kills which these mechanics would care about (even perhaps more than the monetary reward).

Hollywood films these days tend to assume the average movie viewer is a moron, so they try to connect as many dots for us as possible. This is patronizing and downright offensive. The match up between the old and new Bishop illustrates this glaringly. Bronson's Bishop was about control, he was in supreme control and his downfall was letting his emotion hinder that control. Everything he did was calculated. And this was no brute, he was a cultured assassin. I felt that the writers tried to convey this with Statham's Bishop but it came across very hammy (the numerous shots of his record player) and forced. Also time and again in this remake we saw a Bishop that seemed to be driven by almost pure emotion, a reactive Bishop who was never in control except marginally in the opening hit. 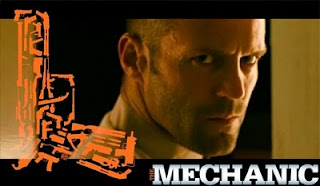 This remake emphasized over and over the revenge motif and I think it was a mistake having Bishop go after the Company. This was never even a possibility in the original film and I like that because it established a boundary that even Bishop had to recognize. It's the cheesy desire in Hollywood action films for the main character(s) to always get retributive justice by their own hands. I see this time and again these days and it gets very tiresome.

This remake shows that a vastly bigger budget does not equate with better film making.

Regarding pacing the remake seemed a bit too fast, however that wasn't surprising.

I am torn regarding the ending. On one hand I like the fact that Bishop bested Steve and lived to see another day in this remake. However philosophically I must give a slight edge to the original film in which both of them die because the narrative is stark: in this business of death there is no clear winner. I think even the first film should have explored some of the moral issues a bit deeper and perhaps have added a redemptive storyline, but that would be clearly a different sort of film.

So to sum up, this remake was enjoyable as a modern action film, but if you want a bit more depth and nuance see the original!
film review