Showing posts from October, 2011
Show all

Utter idiocy in the UAE and Saudi Arabia 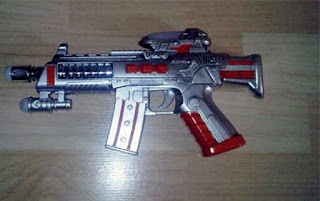 The blasphemer of Islam! According to a recent story in the Emirates 24|7 news blog, a ' social activist ' in the United Arab Emirates, Mariam Al Ahmadi, was outraged to discover a Chinese made toy at some local shops which, she claims, makes a noise that somehow mocks Islam. Specifically, it somehow gives offense to Mohammed's child bride wife Aisha. One would think she'd be outraged that Mohammed married Aisha at age 6 and consummated the marriage at age 9, but that doesn't seem to rattle her fragile sensibilities. Ms. Al Ahmadi he is now leading an effort to get all of the offending toys removed. Seriously UAE this is your source of moral indignation? This story reminds of primitive animistic beliefs, where ignorant tribes believe that lightning is an angry god shouting at them or something. Not surprisingly Saudi Arabia got wind of this and confiscated a bunch of them. Well done! Note that both Saudi Arabia and the UAE are Islamist countries where there
7 comments
Read more 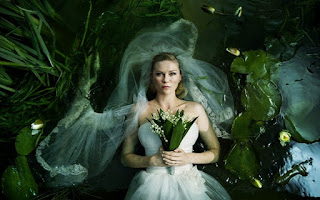 A very earnest gaze! LOL WARNING: THIS REVIEW MAY CONTAIN SPOILERS "Melancholia" proves that a big budget means nothing in terms of the final artistic creation. It was the worst sort of disaster film I've ever seen. Even hammy B movie type films are at least enjoyable for their contrived drama, overwrought affectations and downright silly action sequences, but this film tries so hard to be taken seriously and fails. Some reviewers have been critical of the slow pace of the film, and defenders retort that this is somehow evidence of its sophistication. I disagree with both camps. Having a slower pace is not a problem if the character's are engaging, the plot is interesting and we're made to care on some level. Also, as evidenced in "Melancholia" a slow pace is an exercise in futility if all the components don't work. Kirsten Dunst's performance was overdone and tiresome. She is a good actress, but not a great one. Kiefer Su
2 comments
Read more
More posts