Showing posts from June, 2011
Show all

This movie is a disaster! The acting is so bad I often laughed out loud at the delivery. I could write better dialogue when I was in 9th grade! The plot is very implausible and the premise is ridiculous. One would have to be wholly ignorant of science to not be incredulous. First of all the glacier would not be speeding across the ocean no matter how big it was. If such a gigantic glacier shelf broke off (1,000 miles wide) it would have triggered a massive tsunami. The shortest over-water distance between Europe and America is 1,630 miles so if glacier will reach the eastern US coast in 19 hours it is traveling at 86mph! This is just not possible. The Indian scientist is a complete moron, he sees explosions less than a mile away and waits until the last possible minute to take off in the helicopter. Then the fool travels along the fault line! All he has to do was fly at a 90 degree angle to the fault line and he would have been safe. Or he could have just flown higher, the helicop
70 comments
Read more 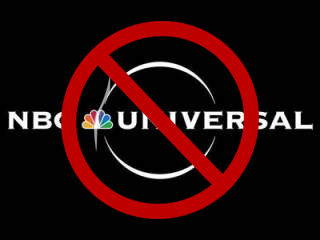 During the recent U.S. Open broadcast this past Sunday, in the beginning of coverage NBC Sports division blatantly removed the words "under God" twice from the pledge of allegiance ! As a Christian I am outraged by this slight. How dare they do this. And the lukewarm apology which was issued was very weak. Who is responsible for this? We demand to know who made the decision to have this deliberate omission, it was no accident. No doubt some hateful bitter atheist employee of NBC Sports who can't stand the fact that most people in this country are people of faith. This person deserves to be fired! ALL CHRISTIANS, JEWS AND MUSLIMS MUST BOYCOTT NBC! We must let NBC know that they will not get away with this evil action. God is not to be mocked. This is even a stupid move pragmatically since the vast majority of their audience and most people who buy products and services from their advertisers are people of faith who believe in God. So this was a very dumb move strategicall
9 comments
Read more

A case against Obama 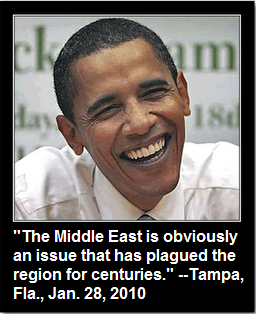 By every single metric people are worse off and suffering more now under Obama than they did under Bush. The only one's who are actually doing better are the hyper rich. Obama took trillions in stimulus and bailout money and gave it to his Wall Street banker buddies who turned around and either invested it in foreign banks, gave themselves huge bonuses, invested it in risky hedge funds (which they promised they wouldn't do) or loaned money to their fellow banks at near 0% interest rates here in the US, they were supposed to lend that money to the middle class, the working poor and small business owners and that is precisely what they didn't do! Credit is still very tight and there is no sign that liquidity will open up anytime soon. Obama's Federal Reserve has pursued one of the most reckless policies in history with quantitative easing (buying up $600 billion - $1 trillion USD), QE1 was proven to have failed, so they stupidly went away with QE2 and now we see that h
12 comments
Read more 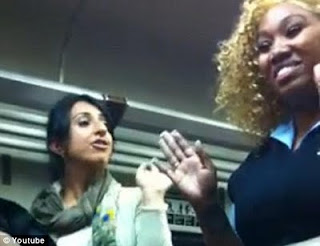 Hermon Raju - obnoxious train passenger! In this video, here's an archived copy , we see an Indian woman, Hermon Raju, get into an angry altercation with a train conductor. Ms. Raju boarded a Metro North train in Westport, Connecticut heading to New York. She was talking very loud on her cellphone and using profanity, passengers complained, so one of the train conductors politely requested she cease her rude behavior. This sends the unstable woman over the edge who then launches into an infantile tirade making a complete fool of herself as she brags about her education! Apparently she thought the conductor would be in awe of her academic credentials and beg her pardon. What an arrogant and deluded woman! She talks to the conductor in such a condescending elitist tone. Hermon Raju was a graduate intern at BNP Paribas recently for a few months, she has an undergraduate degree in politics and a graduate degree in finance and marketing all from NYU. Her condescending and
27 comments
Read more

June 04, 2011
Review of the film Body of Lies (2008) - directed by Ridley Scott This film didn't surprise me since I already saw Scott's "Kingdom of Heaven" which was the "Pearl Harbor" (Michael Bay) of Crusader history. The reviewer who says Scott gives fair treatment of both sides must not be familiar with his work. "Kingdom of Heaven" was straight up historical revisionism and anti-Christian polemic. He is a liberal film maker (of course you can be politically liberal and make great films which are not very biased) in the worst sense. This isn't the 60s or even 70s and scholarship in this area has finally swung over to a more accurate narrative which recognizes that while the Crusades had many problems they were a result of 300+ years of unchecked, brutal Islamic expansion by the sword. His view of the enlightened peace-loving Muslim versus the aggressive, hateful, barbaric, blood lusting imperialistic Christian Crusaders is something I'd expect
Post a Comment
Read more
More posts