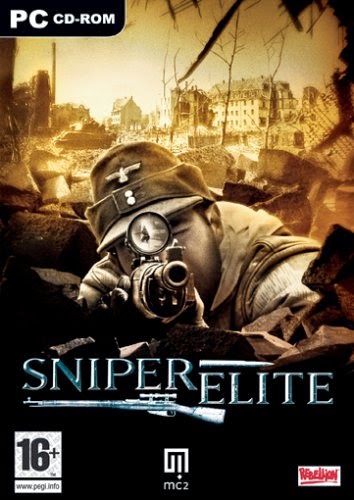 Sniper Elite is one of my all time favorite games. It was released in 2005 and although some of the graphics are a bit dated, the gameplay is still fantastic. I played single player mode, but recently I hooked up with the IDS clan and plan on playing some multiplayer games with them thanks to a hacked SniperElite.exe woot! 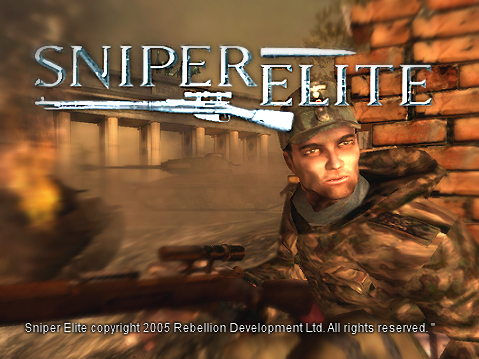 Below are some screenshots I took 4.5 years ago when I was playing heavily. Sadly due to my severe depression I often lack the motivation to play games. But I hope to force myself to do more gaming since it is very fun and helps me to relax. I should mention that there is also Sniper Elite version 2 which I have, but haven't played much (1.5 hours) yet as well as Sniper Elite version 3 which will be released on the 27th of this month. I plan on buying that!

Now you die! Here is an interesting shot, it shows you the bullet cam perspective (the point of view is just slightly behind the bullet) which shows the trajectory. 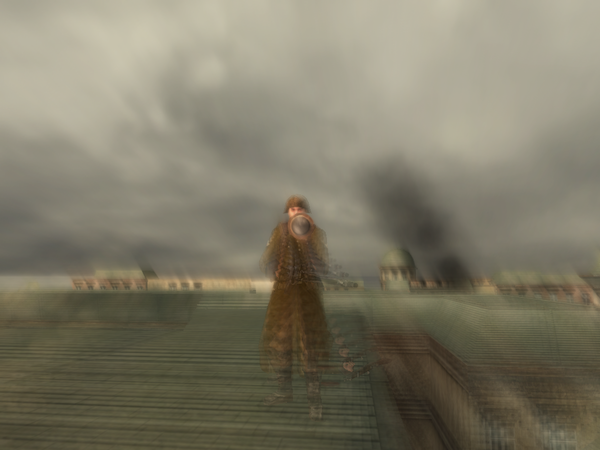 This is truly epic! A new record for a head shot kill in sniper elite - 312 meter! Woo hoo! Shot him in the left eye with a westerly blowing wind and through 2 tree limbs and under a street sign. THIS IS MY MOST SATISFYING KILL SHOT EVER! YES! 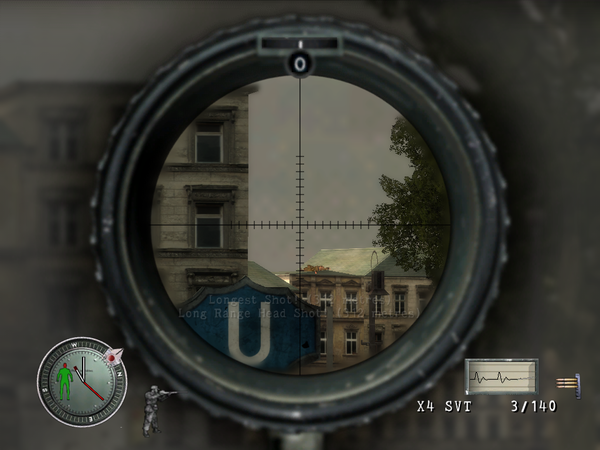 WOW!!! Just made a 472 meter kill shot in Sniper Elite! That is 1,548.56 feet!
Operation: The Scientists, Mission: Anhalter Station
It was a head shot, and a covert kill and my all time longest shot! I AM SO HAPPY! I WILL NEVER FORGET THIS MOMENT! 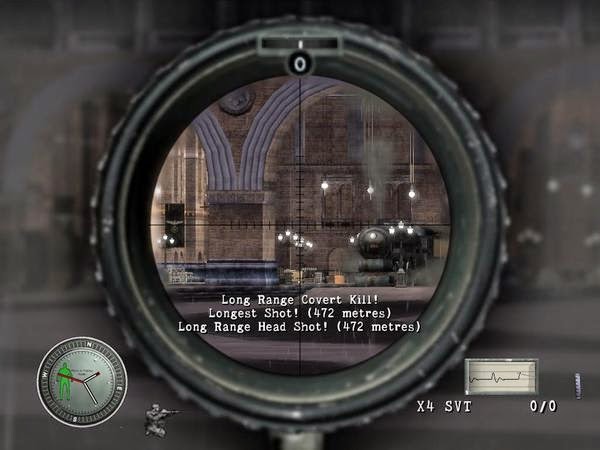 Here is a zoomed out view of my epic long range shot to show you how far away I was! This is from the 492 meter kill shot I posted above. 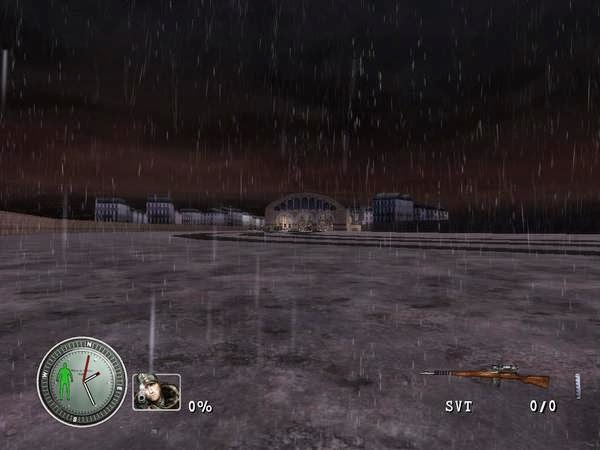 Here is a beautiful arterial spray pattern (a neat cloud effect) from a 100 meter head kill shot (with enemy fire) surrounding me. I crouched down and timed it, after observing his habits, so that I popped up for 1 second, just as the enemy sniper (on roof) stood up! 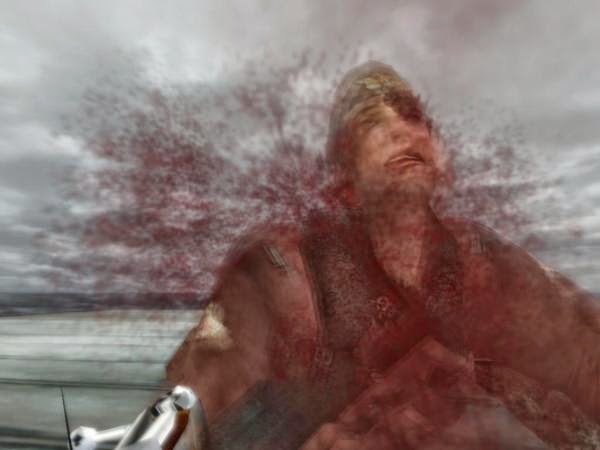 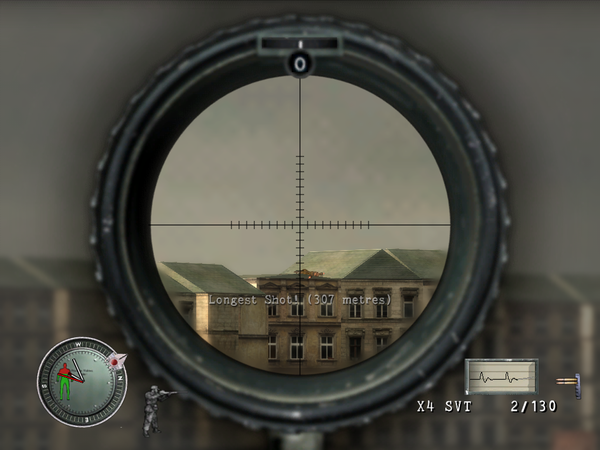 Here I was playing Sniper Elite and got 3 head shot kills in a row in 5 seconds! All shot in the right eye! 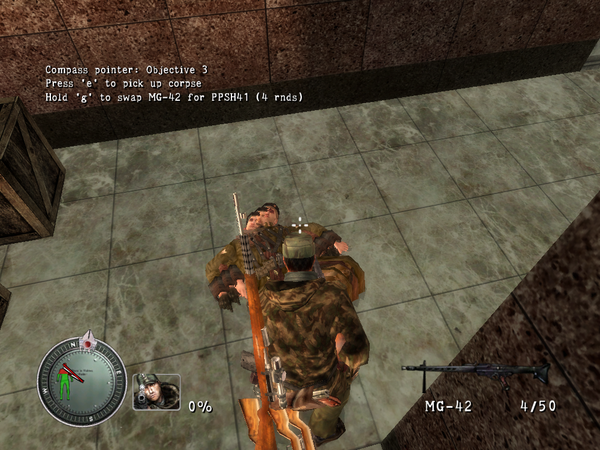 Posted by Knight Telekinetic at 7:43 AM