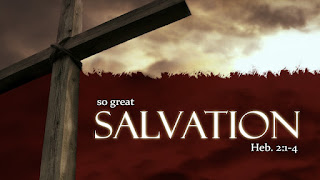 I grew up in a loving Christian home. My parents were both cradle Catholics who got born again in the early 70s, during the Jesus Movement - which started in the 60s. My parents were Christian hippies. They grew out of that when we kids were born and they became regular Protestants. At a young age, I was aware of my own sin and need for a savior. I knew that Jesus loved me very much, and lived a perfect life, sacrificing Himself on the cross for my grievous sins and that He resurrected on the 3rd day. When I was 7 years old, at Christmas time, I repented of my sins, believed the Gospel, and I placed my faith and trust wholly in Christ alone. We attended a Charismatic church, the Community of the Crucified One. I had a relatively happy childhood, and even as a teen didn't really rebel against my parents' authority. But, by the time I went to university, I was a very prideful person. I placed a lot of confidence in my intellect. I was so wrapped up in myself I had little time for God. I felt miserable during that time. I felt so worthless and hopeless. During my college career, I became very sick with severe mental illness. My mother has a history of mental illness, and so does my eldest sister Violet. This was, I could see clearly in retrospect, God's way of breaking me down, and humbling me. I repented of my backsliding and recommitted myself to living entirely for Christ. Christ couldn't just be my Savior, He also had to be my Lord whom I obeyed. I then began listening to Dr. R.C. Sproul's radio program Renewing Your Mind, and I began watching Dr. John MacArthur's sermons on YouTube, as well as reading his sermons in PDF format. Slowly, I was introduced to Reformed theology, something which had been totally alien to me my entire life. Yet, as I listened, read, and compared what they said with Scripture and meditated upon it, I eventually became convicted that Reformed theology was Biblical theology and that it was true. So I became Reformed. Even though I was baptized as an infant, I became convinced of believer's baptism, not infant baptism. When I was 11 years old I was baptized again, and this time it meant something to me and was deeply meaningful. The main points of being Reformed are:

When you get down to the nitty-gritty, being Reformed is living such that all areas of your life will glorify God. By the way, we Calvinists believe in limited free will, not libertarian free will with absolute autonomy. Our human nature is enslaved to sin. We make real choices, yet when it comes to salvation man is mired hopelessly in sin and would never choose God of his own volition.