"It is a principle of the art of war that one should simply lay down his life and strike. If one's opponent also does the same, it is an even match. Defeating one's opponent is then a matter of faith and destiny." 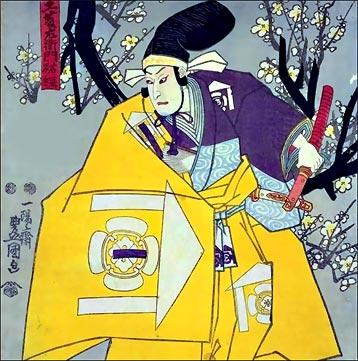 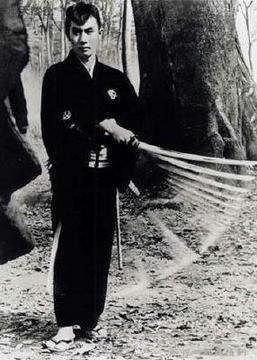 From the outstanding chambara series "Full Moon Cut" ^-^
"You will die...
...by the time my sword completes the circle."
Posted by Knight Telekinetic at 2:04 AM No comments: 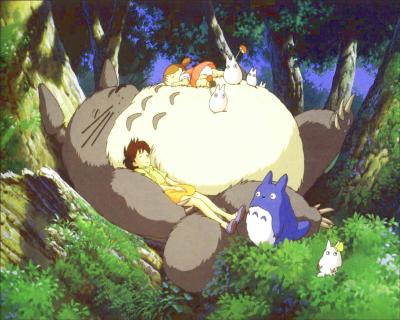 Email ThisBlogThis!Share to TwitterShare to FacebookShare to Pinterest
Labels: Totoro

Dawkins does not want any real debate

DLast night on the "Charlie Rose" show he interviewed evolutionary biologist Richard Dawkins of the Public Understanding of Science program at Oxford University.

My blood pressure sure rose a few points watching this 'interview'. Dawkins referred to those who oppose evolution as "ignorant fools", further he asserted that "ALL" opposition to evolution is "political" in nature.

He said that there is no debate as to whether evolution or creationism is true. In his next sentence he asserted there is "NOT a scientific controversy here" and that there are genuine controveries and problems to address but they occur strictly within the "established scientific"
framework of evolution.

I've rarely heard such a prominent scientist speak with such unbridled arrogance on this topic save for possibly physicist Steven Weinberg. Dawkins was totally dismissive of all faith, and any scientific ideas which seriously challenge evolutionary theory, he won't even admit them as credible scientific challenges or problems to deal with in honest intellectual and scientific debate. He dismisses ID (intelligent design) and creationism as a non-starter to be regarded with only contempt from the scientific community.

When asked if there is any place where religion and science can come together Dawkins flatly said, "not in my view...they are two different things, they don't overlap." Again the amazing arrogance!

Further he openly admitted he is hostile to religion and is an "aggressive atheist."

When asked what the best thing he couild say about faith was Dawkins answered: "not alot...it teaches people that belief in something without evidence is a virtue. It's pernicious. Faith teaches you to not ask for the evidence, you just have faith and don't have to
justify it."

He said ID is a purely political trick, "a rebranding of Creationism to get under the constitutional seperation of church and state," a way to "sneak it into the public schools."

For all his lauded intellect and education it was obvious he mind and soul is clearly disturbed by even entertaining the possibility of faith and a transcendent Creator. Dawkins could not hide his visible disgust as he discussed the subject (frequest smirks, outright laughter at the notion of ID and an extremely condescending tone) and quickly moved to discuss other things. I was appalled by his smug self-assured arrogance. In his mind there should not even be any debate as to the scientific credibility of evolution and the scientific merits of Creationism. His hostility to people of faith got progressively worse:

Dawkins stated that incredulously there are people who believe the entire universe began 10,000 years ago and added that this belief "must be regarded as a form of insanity"!! For all his avowed atheism he clearly has a huge emotional and intellectual investment in evolutionary theory and his mind cannot entertain even the possibility that he has it all wrong. He may not recognize it but Dawkins is most assuredly following a religious belief system. His false god is evolutionary development of man and a random creation of the universe. Anyone who challenges this view in an heterodox way is heaped with scorn and mocking. And he does this all under the supposedly pristine and unassailable cloak of Pure Science. Dawkins further stated that the view of Creationists is "hopelessly wrong" and with both amazement and haughtiness of tone he shrieked, "over 50% of Americans apparently believe this!"

As to the subject of life beyond the temporal world Dawkins educated us poor deluded uneducated, unscientific fools with his profundity, "there is a certain wishful thinking element...the belief in life after death."

"Many people feel that, wrongly I might add, you can't have a moral society without religion."

Dawkins next asserted that the "only purpose of religion is for structure and ceremony." He strongly implies its existence is rooted almost solely in psychological and intellectual defects and weaknesses.

He recounted an episode where his wife (a fellow atheist and humanist) said to him how she thinks religious funerals are so "silly" and "devoid of any meaning", whereas she was "deeply moved" by attending funerals of atheists where their friends recounted moving sentiments about them.

Also, sadly, as usual Charlie Rose threw only easy pitches. Rose said nothing to challenge Dawkins assertions and broad sweeping judgements and conclusions in any real way; throught the interview Rose smiled, laughed and nodded along in tacit agreement with Dawkins. Not the most challenging of interviewers Rose seems to prefer ingratiating himself to the guest rather than seriously challenge them with questions or play Devil's Advocate to give a more balanced presentation. Rose framed his questions in such a conmplentary and simplistic way as to facilitate a favoravle response from Dawkins.

Toward the end of the interview Dawkins said, "nobody denies that natural selection, which is non-random, is the only force in determining evolution, but many evolutionists feel random factors do also significantly affect evolution. These are legitimate problems in evolution to debate."

While talking about reproductive clonings Dawkins said he has a "utilitarian ethics" and that "my first concern would be suffering...that is what I sympathize with", "for me the criteria is would there be suffering, but I suspect it could be overcome. It is a manageable thing. I would not mind seeing human clones...if we could really be sure there was no suffering. I would not have an absolutist objection such as this is against my religion."

Dawkins said he can imagine a future society in which genetic programming should be done. This is the same path of eugenics and selectic genetic engineering which the Nazis dreamed of realizing someday. People who have disabilities or abnormalities would be aborted very early on in the pregnancy.

When asked what is the one question he would most like the to have answered Dawkins replied, "How does subjective consciousness work, what is going on? What gives the subjective sensation that I know I have and suspect you have, but can never know whats going on inside your head."

The interview concluded with Rose ebulliently fawning over Dawkins, saying "Thank you! Every time I talk to you it's just...wow! Thank you very much." Ugh! What a disgusting interview and how supremely arrogant and closed minded Dawkins is intellectually.

Further today on Yahoo I read an article relating to the federal case in court right now in my state, Pennsylvania, to decide whether Intelligent Design may be taught in a certain school district as an alternative scientific theory alongside evolution in the public schools. A Prof. Pennock testified that "The concept of "intelligent design" is a form of creationism and is not based on scientific method." Sigh. ""As scientists go about their business, they follow a method," Pennock said. "Intelligent design wants to reject that and so it doesn't really fall within the purview of science."

Pennock said intelligent design does not belong in a science class, but added that it could possibly be addressed in other types of courses." What a surprise eh? Opponents of ID don't want more debate they want to silence ANY debate on the scientific merits. Instead they resort to intellectual narcissism and attacking the sanity and intelligence of those who dare not bown dawn at the feet of evolution. This is really disgusting. I think in many ways we are entering an age of Anti-Enlightenment.

SDG,
Zach
Posted by Knight Telekinetic at 5:15 AM 6 comments: