So the final 5 girls are in Marrakesh, Morocco.

Felt bad for Kasia when hardly anything from that North African designer Amir fit her :( She was smart to bring her heels!

Sick of Molly complaining, she has a toxic attitude.


Brittani once again acted very immature with her,"Bitch yer goin down!", thought towards Alexandria. No surprise there.

Molly *once again* complained about the choice of beds, even though she was the first one in and had first selection.  SHUT UP ALREADY MOLLY I AM SICK OF YOUR INCESSANT WHINING!

That British photographer Michael Woolley on Kasia, "Frankly it was painful shooting her." -OUCH-!


Eww, Woolley was so critical of Fierceandria! Everything she said he would counter with something negative, "Well modeling is more than that." Sheesh. He's probably upset she didn't fawn all over him.
Then Molly attacks Fierceandria saying, "I don't think she's as modelly as the rest of us." Oh shut up with your square shoulders and tired modeling. If you noticed Fierceandria went through a much broader range of poses and faces in her shoot than Molly, yet Mr. Jay and Woolley criticized Fierceandria constantly and raved about Molly. I agree with Brittani in her critique of Molly. She has a lot to learn about high fashion! SNAP!

I was proud of Hannah this shoot, she really worked it! WERK!

So far I think Kasia and Fierceandria will be in the bottom two even though it should be Kasia and Brittani.

BTW, the preview for this episode was so weak and lame. It implied Fierceandria directed and she didn't direct at all.


I agree with Sozzani that Brittani's photo seemed too forced! Did you see childish Brittani laugh several times when Andre said Fierceandria's expression seemed a bit constipated. She just makes herself look SO unprofessional, hey Brittani this isn't high school, GROW UP! I was so glad that Franca Sozzani (who has the most expertise being editor in chief of Vogue Italia) said she really liked Fierceandria's expression. Woolley is a total liar! He said that Fierceandria was "talking back" and "directing a bit." Huh? They were having a pre-shoot conversation. Fierceandria used an American euphemism from baseball saying she wanted to, "Hit one out of the park." and his whole tone became combative and dismissive! That idiot was probably thinking, "Oh how dare this American model speak to me using an American euphemism. How dare she!" GET OVER YOURSELF! He didn't make an assertion that she disagreed with. Quite the opposite he was being difficult and objecting to every polite rejoinder that Fierceandria gave. Woolley, this small, petty man with his huge inflated ego is pathetic! What a disgrace. I was livid when I saw that :( Now a false narrative of "Alexandria is difficult, she is directing" will be further reinforced in Tyra's mind! SO UNFAIR!!!

Wow Hannah needs to get tougher and handle critcism better. Did you see how her eyes were welled up with tears after Sozzani said her face wasn't strong enough?

Ugh in the judging deliberation did you see how Nigel turned on Fierceandria?! And Andre threw her under the bus too, then Tyra jumped on board. Ugh doesn't bode well :( HEY MORONS GO REVIEW THE FOOTAGE, SHE DID NOT DIRECT THE SHOOT IN ANY WAY WHATSOEVER! So pissed Grrrrrrrrrrr! And she did not look "angry" or "constipated". First Andre said something before like "the top is very strong" but he criticized her legs for being straight, but then in deliberation he reversed himself and totally trashed her. Way to be inconsistent Andre! I just lost some respect for you. You too Nigel. He says he thought Kasia's flat boring blank expression looked "great"!? They must have all smoked some Moroccan hashish!!! Sheesh. LOL

Even though Molly has been so nasty to Fierceandria did you notice how when Molly's picture was chosen as the best Fierceandria looked toward her and smiled! The reverse would never happen.

Whew I am so glad Fierceandria wasn't sent home. She has such a warm heart, did you see how she cried and immediately embraced distraught Kasia telling her, "I'm so sorry." and tightly embracing her? FIERCEANDRIA HAS MORE CLASS AND CHRISTIAN VIRTUE THAN ALL THE OTHER CONTESTANTS COMBINED! TRUTH!


I hope Fierceandria totaly WERKS it next week and is chosen for photo of the week. Since there is an unfair perception of her being difficult and wanting to direct my advice is for her to smile, and BE QUIET when interacting with the photographers. If they try to bait her into making a controversial statement just ignore them and  say something like, "I'm really looking forward to this shoot!" Because if she dares to act like a normal working model and interacts with the photographers as a thinking adult it seems Tyra and everyone else will freak out and accuse her of being difficult! Prove them all wrong Fierceandria. Trust in the Lord Jesus and keep your focus on Him! 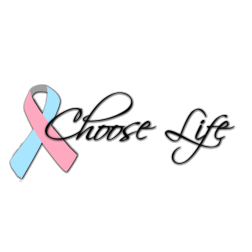 Posted by Knight Telekinetic at 2:48 AM